The sell-out show packed Derby Arena at Rolling Stock Networking (RSN) 2019 in what was an incredibly successful event.

The vibrant show took place in the heart of the rail industry in Derby on Thursday, July 11 – with many exhibitors now already signed up for next year’s event and new Exhibitors now confirmed.

In total 131 exhibitors from companies large and small met with 1,212 confirmed visitors to showcase and promote their products and services.

RSN 2020 is Announced to take place on 2nd July 2020 back at the same great venue and with the RailBusinessDaily Conference at RSN. 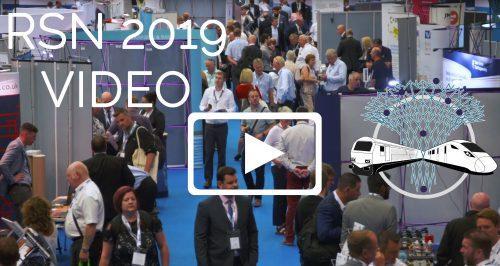 The truly inclusive event saw companies from the USA, Canada, The Netherlands, Spain, Sweden and Italy exhibit alongside many UK firms. 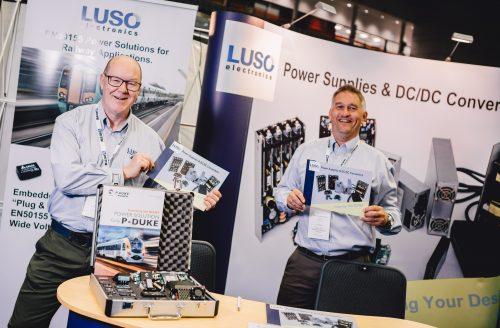 The railbusinessdaily.com conference – where eight industry-leading speakers took to the stage – drew huge audiences to hear their presentations and proved to be an event highlight. 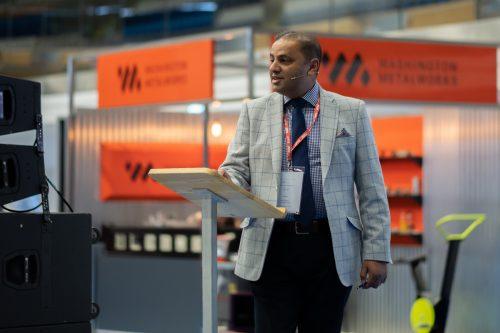 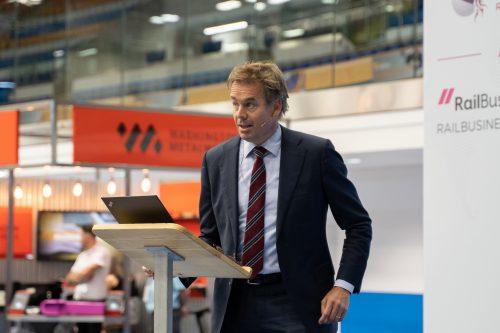 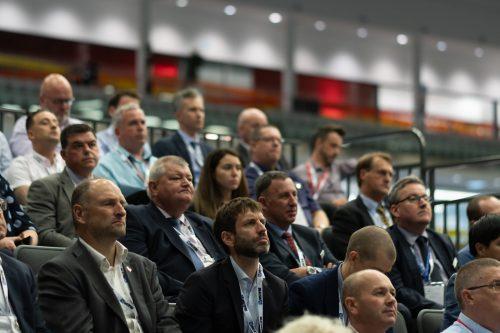 There was also a Trade Association area where a series of technical and commercial presentations offered something for everyone. 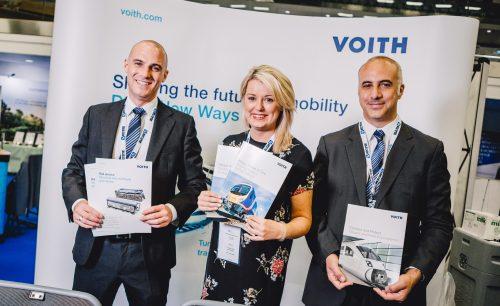 Exhibitors said the event was well worth attending, many commenting on the excellent value of the event, and reported making many new connections in the industry.

The RSN management team Keven Parker and Kevin & Susan Lane were thrilled with the success of the first event.

In a short statement released by the organisers they said “This event is something we knew would be a success, but to see it unfold in the way it did was brilliant.  It was a superb full-day event and one which could not have been better.  “Footfall was through the roof, exhibitor feedback has been very complimentary and many firms have already re-secured their place for next year.” 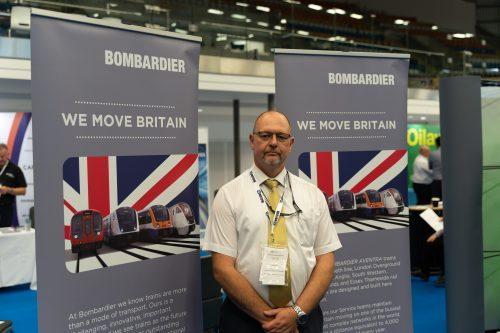 Keven Parker said “We’ve achieved exactly what we set out to do – which was to provide an all-inclusive, vibrant exhibition for the rail industry but at a more competitive cost so it was accessible to a wider range of exhibitors and following the same value-for-money model as our sister organisation Rail Infrastructure Networking events. The visitors have gained a great deal too because the event was very focussed on rolling stock vehicles, depot infrastructure, maintenance and the many ancillary services that serve them, so the focus of the show was very tight and this also meant that it drew in visitors that were ideal for all of the exhibitors.”

Kevin Lane added: “Despite being a hugely successful event, we are confident that we can improve for next year and make RSN 2020 even bigger and better.  We know there is an opportunity to expand the floor space and for RSN 2020 we expect to be able to offer somewhere in the region of a further 20 to 30 stands.  We are sorry that we had to turn away so many companies at RSN 2019 as we now know that we could have accommodated them.  We expect a very high level of booking because we’ve had that feedback already.”

Jobson James Rail and On-Train are respectively the Lead and Associate Sponsors of the event.

2019 Exhibitors will receive priority to re book their stands. To accommodate new exhibitors the floor space has been extended to circa 150 stands.

RSN 2020 will be held at Derby Arena on Thursday, July 2. Book your space and take your place HERE

What our customers are saying

“161 Brochures taken and 9 Zoom calls booked over 3 days next week – that is what I call networking!

“It has been an unbelievable event for me.”